Establish your Domain over other Ancient Vampires through combat, subterfuge or politics.

Vampire: The Eternal Struggle is a card game in which you take on the role of an ancient vampire --- a “Methuselah”. For thousands of years you have lurked in the shadows of human societies, manipulating mortals and younger vampires. Your hunger for power knows no bounds, and you use whatever means possible to weaken your enemies, from subtle mischief to frontal assault. You must increase your influence and destroy the other Methuselahs one by one, before they destroy you.

Vampire: The Eternal Struggle (VTES) was originally released in 1994 designed by Richard Garfield (Magic: the Gathering, Netrunner, Keyforge) as a trading card game sold in randomized booster packs. The game has seen several re-launches and this latest one is through Black Chantry Productions who was able to secure the rights to print and distribute the game. The 2019 re-launch was aligned with the 2018 launch of the 5th edition Vampire: the Masquerade (VtM) tabletop roleplaying game. This review will mainly focus on the boxed game called VTES 5th edition released last October 31, 2020.

While the game is best played with 4 to 6 players, you need only focus on the person on your left (your “prey”) and your right (your “predator”). Reducing your prey’s blood pool from 30 to zero will generate you more blood and a Victory Point. At the end of the game, the Methuselah with the most Victory Points is the winner.

The 5 preconstructed decks represent different vampire clans, each with their own deck strategies:

Note: Some of the images you will see below are from a gaming session with veteran VTES players. Thus, you will see cards that are not from the 5e box set. The blood counters used are also not the ones contained in the box. Also, as TCG players we always sleeve our cards. =)

Each preconstructed deck has two types of cards --- Crypt Cards and Library Cards. You are given 12 Crypt cards representing the different vampires that you can deploy to perform your biddings. There are 77 Library cards that aid your vampires with their bleed, hunt, recruit, or political actions.

You also start with 30 blood in your blood pool. You will use these resources to summon vampires and perform key actions such as establishing base of operations and using special abilities.

Each player’s turn goes through these phases:

Unlike other card games, there is no separate Draw Phase in VTES. That’s because you draw a card from your Library every time you use one.

Dark and gothic. This is what you should expect from VTES cards. Since the game is pretty much the same since its birth in 1994, you will see a splash of 90’s art and more recent styles of graphics. The game does depict a lot of vampire stuff such as blood sucking, maiming and sexual activities, so I would not recommend showing to your underage kids.

The icon system for depicting clans, disciplines, sect and resource cost is a genious stroke to minimize texts on the card themselves. New players will just have to carefully distinguish the regular and superior abilities of the Library cards, which can take some time to understand.

One thing to note is that the card lay-out has not drastically changed. Which means that it has full compatibility with all the VTES releases.

For each of the gaming experiences below, I will rate them using 5-point rating with 5 as “Very Good” and 1 as “Very Bad”.

The 5 pre-constructed decks are pretty much ready-to-play. Just get them out of their individual tuckboxes and you are ready to go. The 180 blood counters are more than enough for 5 players to use in one game.

The rulebook is well-written with enough images to help readers understand the game faster. There are side bars for “Advanced Rules” which I think are also good, allowing players to decide if they want to ignore these during their first few games but insert them later when they have gotten the basics.

Each deck also has a corresponding “Deck Strategy” primer. It describes how a player should play at the start, middle and tail-end of a game, indicating specific cards and their uses. It also briefly describes how to fight against other clans. Finally, should you make the mistake of mixing the cards from other decks, the same primer contains the deck list to help you sort them out.

Players of trading card games will have an easy time learning and enjoying VTES. For younger and newbie card game players, I suggest watching some video tutorials particularly in understanding the sub-phases involved during Combat.

There is a very strong alignment with VtM lore and if you are already a fan, you will enjoy the narratives printed on some cards. However, at its very core, this is just a “beat-each-other” game no different from casual games as the boxed set does not provide any campaign or story to latch on to.

Priced at US$95, the VTES 5e box indicates that it contains 5 preconstructed decks, 180 blood counters, and a rulebook. What it doesn’t say is that it also contains an Edge Token, 5 deck strategy overview cards (with player turn references at the back) and 5 seating order cards, all of which are wonderful surprises when you open this box set.

The tuckboxes offer a neat storage solution for each pre-constructed deck. If you decide to sleeve these cards, however, they won’t fit back into these boxes. Taking down the components and putting them into the box can be done in 5 minutes or less, provided you have not mixed up the cards (as there is no discerning color scheme unlike in other card games).

As you only have to focus on your prey and predator, you can have a good gaming experience with any number of players.

Given the simplicity of the game, you can have tons of replayability with just this box. After testing all 5 clan decks, however, I noticed that the Toreador deck is at a disadvantage given the low number of defensive cards.

There are three (3) ways you can play the game:

Black Chantry alrady released several decks. You can expand your card pool by purchasing for these decks. Exercise caution though and make the necessary pre-purchase research as some of these decks may not automatically mix well with the pre-constructed decks (such as different Clans and Sects).

The card-drawing mechanic, wherein you immediately draw after playing a card, is unique and also helps balance the game. It reduces the chances of having your opponent complain about not having enough cards to have a competitive game. In all of my games, I saw that each player got the opportunity to show-off their deck mechanics unlike in other games when players can "choke" due to inadequate card draws.

VTES also designed a way to balance early-game resource generation (blood counters) so that the Methuselahs who get to play first do not have an undue advantage. The first player can only transfer 1 blood to "sleeping" vampires, the 2nd player only gets 2 blood transfers, the 3rd player gets 3rd transfers, and the remaining players getting 4 blood transfers (and this will be the standard transfers after that).

As a stand-alone game, it is a great multi-player experience. The theme is more mature and represents an alternative take on modern society, where vampires exist. This game can be easily transported and offers a good time with friends.

Compared to other card games in the market, however, I find that it lacks a story-driven narrative. Besides beating up other Methuselahs, I wish there was a campaign version to the boxed set. For example a board game that shows a city map.

Seeing that this is really an introductory product to one of the most popular card games, I do think it’s a solid start for anyone wanting to begin their VTES gaming and collection. The strong alignment to its original 1994 rules makes it a truly “eternal” game. I used the Tremere preconstructed deck against custom decks of veteran VTES players and I was not completely behind when it comes to power level.

It's a nice box set. I've started to dismantle the five preconstructed and started to build my own decks.

Let's see if I can be the last vamp standing. 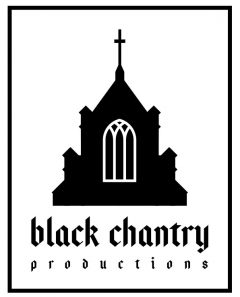